The Sigrid Rausing Trust has been supporting the legal advocacy group Reprieve for many years. Among many other cases around the world, Reprieve has had a dedicated presence in the cases of detainees at Guantánamo Bay detention camp.

Guantánamo Bay was opened January 2002, 21 years ago, in the wake of the September 11th terror attacks. In an American military base in Cuba, it is seen as outside any judicial oversight and lacking any due process. Guantánamo has been widely criticized as a place of torture, enforced disappearances and incommunicado interrogations.

Of the almost 800 men and boys detained in Guantánamo since 2002, 35 men remain. Of those, only 12 have been charged with a crime – 9 are awaiting trial and three have been convicted. Three detainees are held in indefinite law-of-war detention and are neither facing tribunal charges, nor being recommended for release. 20 detainees have been cleared for release and are awaiting resettlement in another country. You can find more information and follow the latest updates on the New York Times’ Guantánamo Docket.

Over the course of 2022, Reprieve has secured four major victories in their fight to release the remaining uncharged men. In January 2022, after 15 years in detention, Abdul Malik Bajabu was cleared for release and is now waiting to be reunited with his wife and three children. In June 2022, Reprieve celebrated the release of Asadullah Haroon Gul, who has now returned to his home country of Afghanistan, having been detained unlawfully since 2007. In July 2022 Khalid Ahmed Qasim was cleared for release, after having entered Guantánamo as one of the youngest detainees at just 25 years old. Finally, in October 2022 Reprieve celebrated the release of Saifullah Paracha at the age of 75, who suffered three heart attacks during custody and has now flown back to Pakistan.

Asadullah Haroon Gul was incarcerated for fifteen years without charge or trial. He missed his daughter’s entire childhood, but he is now, finally, reunited with his family. Asad had been unlawfully detained in Guantánamo since 2007. He has suffered severe physical and psychological torture. His family feared him dead for many years and for the first nine years of his captivity, he did not have access to a lawyer, despite multiple attempts to seek legal representation. Finally, in October 2021, the US federal court granted Asad’s petition for a writ of habeas corpus, ruling that his detention was unlawful – he was the first detainee to win their habeas in a decade. Asad was cleared for release by a unanimous decision of six US federal agencies – the departments of State, Homeland Security, Justice, Defense, plus the Joint Chiefs of Staff and the office of the Director of National Intelligence. 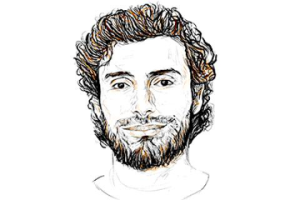 In July, Yemeni detainee Khalid Qasim was cleared for release. Khalid was seized by a faction in Afghanistan’s civil war ahead of the U.S invasion in 2001. He was severely tortured until he made false confessions and was then sold to the US for bounty. He was sent to Guantánamo in May 2002, making his detention one of the longest in the prison’s history. Captured at just 25 years old, he spent nearly half his life incarcerated, despite having never faced charges or a trial. While in Guantánamo, he taught himself English, and where possible used art as a solace from the long-term imprisonment, solitary confinement, and torture that he endured. His work comments powerfully on the desperate injustice that he and others in Guantánamo faced, and his depictions of rough seas, ships and sharks revealed his loneliness, fear, and yearning for freedom. Now he has been cleared, Reprieve are working tirelessly to ensure he is released as soon as possible. 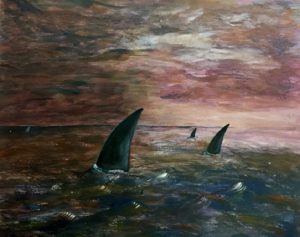 Saifullah Paracha, was finally released in October 2022, aged 75. He had been kidnapped by US personnel in July 2003 while in Thailand on a business trip. He was taken to Bagram air base in Afghanistan, a black site notorious for the physical and psychological torture of detainees. A year later, he was flown to Guantánamo in shackles. During his incarceration his health deteriorated severely. He had three heart attacks, the second while detained in Bagram and the third in June 2020 at Guantánamo. Saifullah was unanimously cleared for release by the Periodic Review Board – representatives of the Departments of Defense, Homeland Security, Justice, and State, the Joint Staff and the Office of the Director of National Intelligence in 2021. Now, he is back in his home country of Pakistan.

Return to grantee stories
Please note that we do not accept unsolicited applications.