The Trust was founded in 1995. Communism had fallen in the Soviet Union and Eastern Europe, apartheid was over in South Africa, the military dictatorships in Latin America had ended, China was opening up and women’s rights and LGBT rights were expanding. It felt like a hopeful era for human rights, but we also realised, witnessing how little was done to stop ethnic cleansing in the Balkans, genocide in Rwanda, and devastation of Russia’s successive campaigns in Chechnya, how fragile that hope in fact was.

We helped to build Human Rights Watch and other organisations advocating for human rights principles and disseminating information about repression. We supported the campaign to establish the International Criminal Court. We supported the peace process in Northern Ireland, and, later, work on torture and extrajudicial rendition of terror suspects to countries where torture was practiced with impunity. We funded forensic work on mass graves, and efforts to memorialise human rights abuses and atrocities. We supported environmental groups in authoritarian and post-authoritarian contexts, partly for the benefits of conservation and caring for the environment, and partly to encourage civil society generally.

We have always believed in the autonomy of the organisations we support. We are keenly aware of the power imbalance between donors and grantees, and fund our grantees in a spirit of solidarity and true co-operation. The people we support know better than we do the realities on the ground and how best to use their resources to meet those realities. Most of our grants, therefore, are not earmarked for particular projects. Our programme staff do a rigorous assessment of proposed grantees, and once a group has passed through that process we regard them as equal partners, and support them with long-term unrestricted grants.

Human rights are principles for a just society. The case against torture and extra-judicial executions unfortunately still needs to be reiterated, even in democracies. Fundamental rights of free expression and the principle of the independence of the judiciary are coming under attack in the new authoritarian movements in Europe and elsewhere. Corruption and misinformation corrode democracy and the rule of law in many parts of the world, accompanied by intimidation and violence, including the murder of journalists and others. Funding human rights is increasingly challenging, but our work is continuing and expanding.

Sigrid Rausing is working for a PhD in Anthropology, living and working in post-Soviet rural Estonia, observing the aftermath of historical political repression in a small village. Her PhD is later published by Oxford University Press, followed by a book titled Everything is Wonderful. 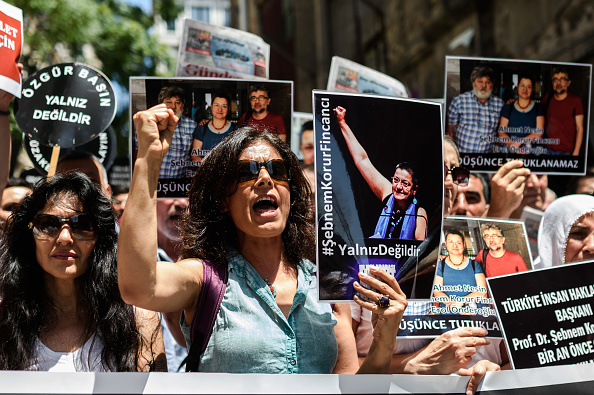 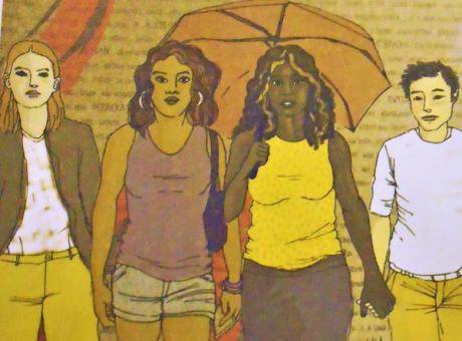 A grant to the International Gay and Lesbian Human Rights Commission (now OutRight International) marks the Trust’s first grant in support of LGBTI rights. Since then, the Trust has funded groups advocating for LGBTI rights across the world, including in Eastern Europe and Eurasia, the Caribbean, the Middle East and North Africa, Eastern and Southern Africa. The work challenges criminalisation, discrimination and homophobic violence. Read about the Trust’s support for ILGA-Europe, a grantee from 2002 to 2005.

The Trust’s early support for the wider human rights movement is reflected in its first grant to the Fund for Global Human Rights (grantee from 2002–2020), whose financial support, skill-building and network have helped more than 300 grassroots groups advance human rights in Latin America, the African Great Lakes, North Africa, West Africa, South Asia and Southeast Asia. Read about the Trust’s current support for strengthening the human rights field. 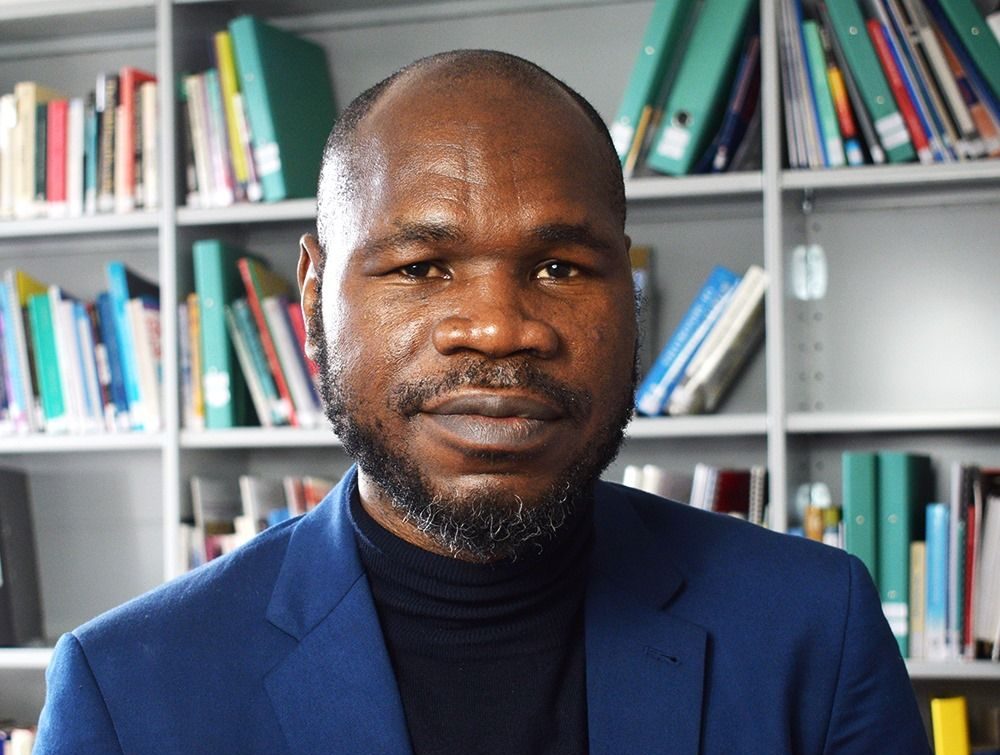 A grant to Reprieve in 2004 marks our support for groups working to combat human rights abuses in detention, prevent torture, aid rehabilitation for victims, and end the death penalty. Over the years, Reprieve has secured the freedom of 80 men illegally detained without charge or trial at Guantánamo Bay, including in July 2021. Other grantees in this programme include the Kosovo Rehabilitation Center for Torture Victims (grantee since 2019) and Freedom from Torture (Kolbassia Haoussou, Director of Survivor Empowerment, pictured here). 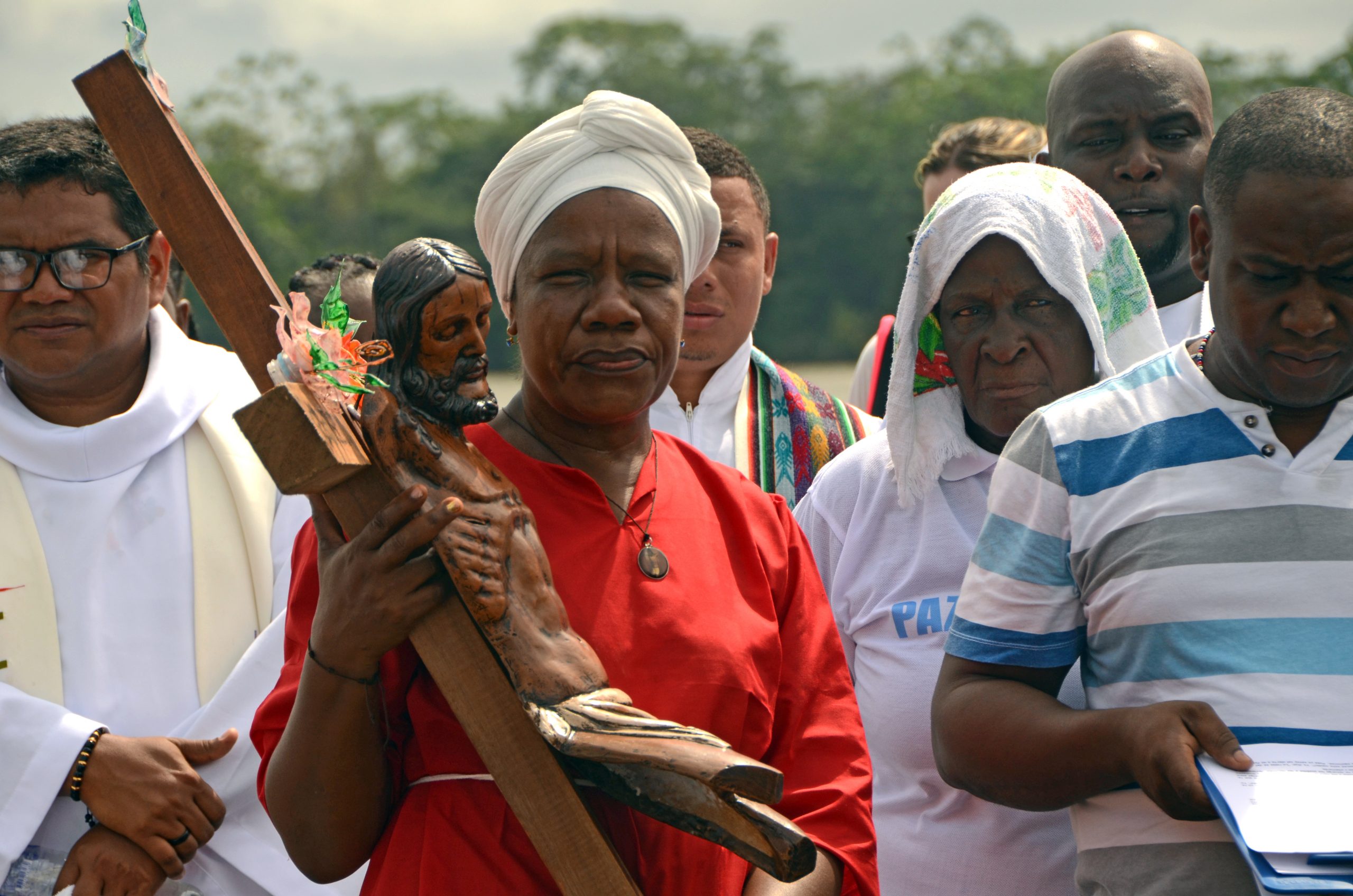 The Trust makes its first grant to the Humanitarian Law Center in Serbia, recognising the importance of transitional justice organisations based in post-conflict countries. This work complemented the Trust’s early support for the International Center for Transitional Justice (grantee from 2002–2010). Grantees in this programme have supported the documentation of war crimes, assisted victims, secured numerous convictions for grave crimes, engaged in memorialisation efforts, and strengthened international and domestic justice systems. Work by Trust grantee Equitas in Colombia is pictured here. 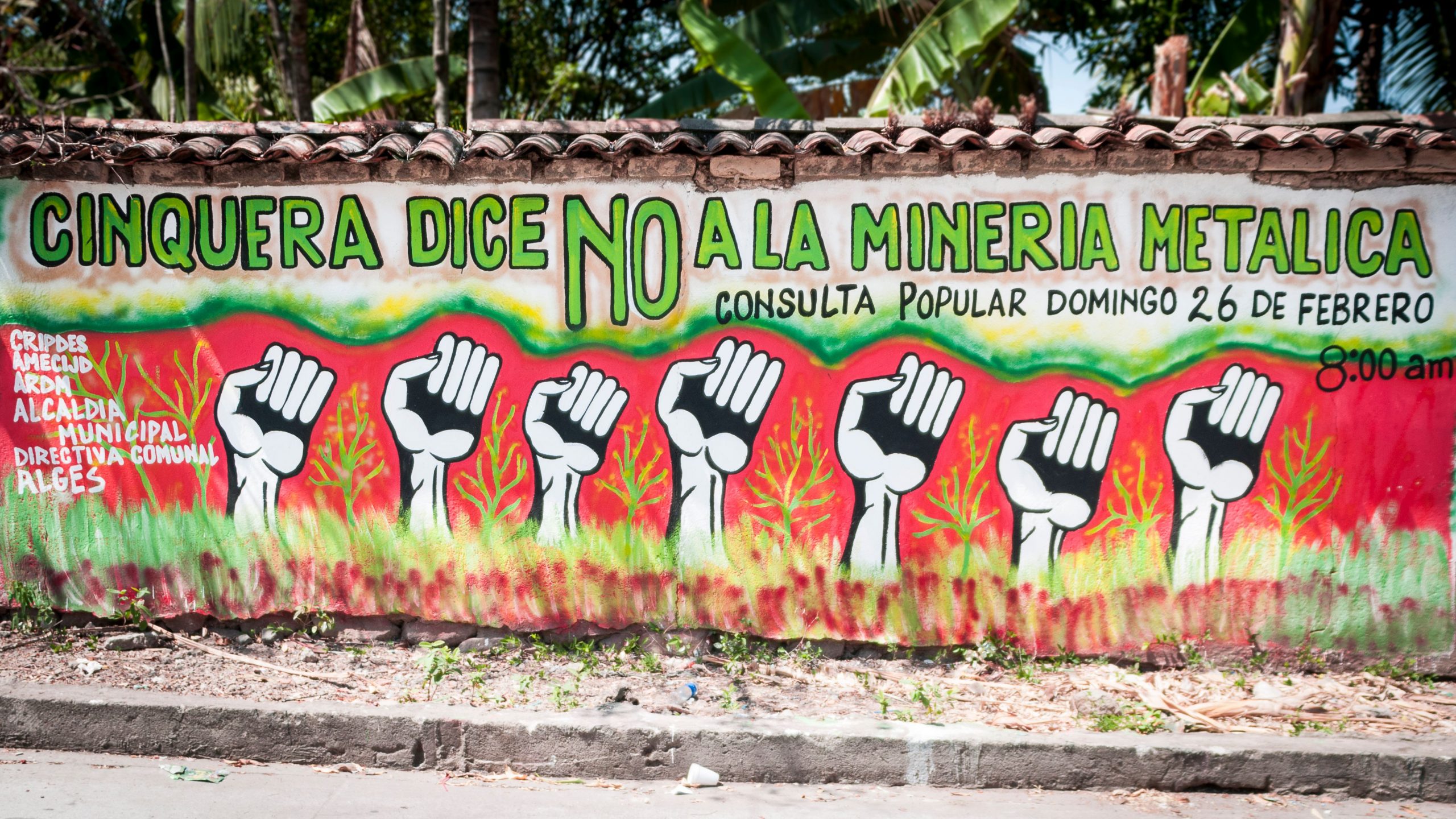 The Trust’s support for the European Coalition on Corporate Justice helped advance the idea that companies have a responsibility to address risks to the environment and human rights anywhere in their value chain. ECCJ has since worked with others such as Frank Bold to translate human rights due diligence into legislative proposals, including mandatory legislation which the EU is expected to enact in 2022. Our transparency and accountability programme builds on earlier support to Global Witness, EarthRights International, and Zero Mercury Campaign that helped enhance regulation and reduce the use of harmful toxins.

Rising discrimination against refugees, migrants and ethnic minorities in Europe and elsewhere leads the Trust to organise a new programme to counter xenophobia and intolerance. This programme builds on longstanding support for refugees and minority rights starting with grants to groups such as the European Roma Rights Centre (grantee from 1998 to 2013) and Minority Rights Group (grantee from 2003 to 2013). Our grantees have used litigation, advocacy and community organising to stop the enforced encampment of Somalis in Kenya, forced evictions of Roma, and to support family reunification for children.

In 2017 the Trust creates a new programme for defending civic space, concerned that a number of governments were enacting laws and other measures to curtail the activities and funding of civil society organisations. This focus builds on the legacy of Trust support for groups that promote freedom of expression, such as Article 19, Reporters Without Borders, the Institute for War and Peace Reporting, as well as groups that protect human rights defenders at risk, such as Front Line Defenders. Since its launch, the programme has supported a range of organisations in countries where civic space is in flux.

The Trust establishes its small arts programme with grants to groups such as Dream Yard and Ghana Think Tank. We support groups that expand civic space and foster free expression, the exchange of ideas, and new ways of thinking. Examples include Book Bunk in Kenya, 32⁰ East in Uganda, Ambulante in Latin America and Action for Hope in the Middle East. 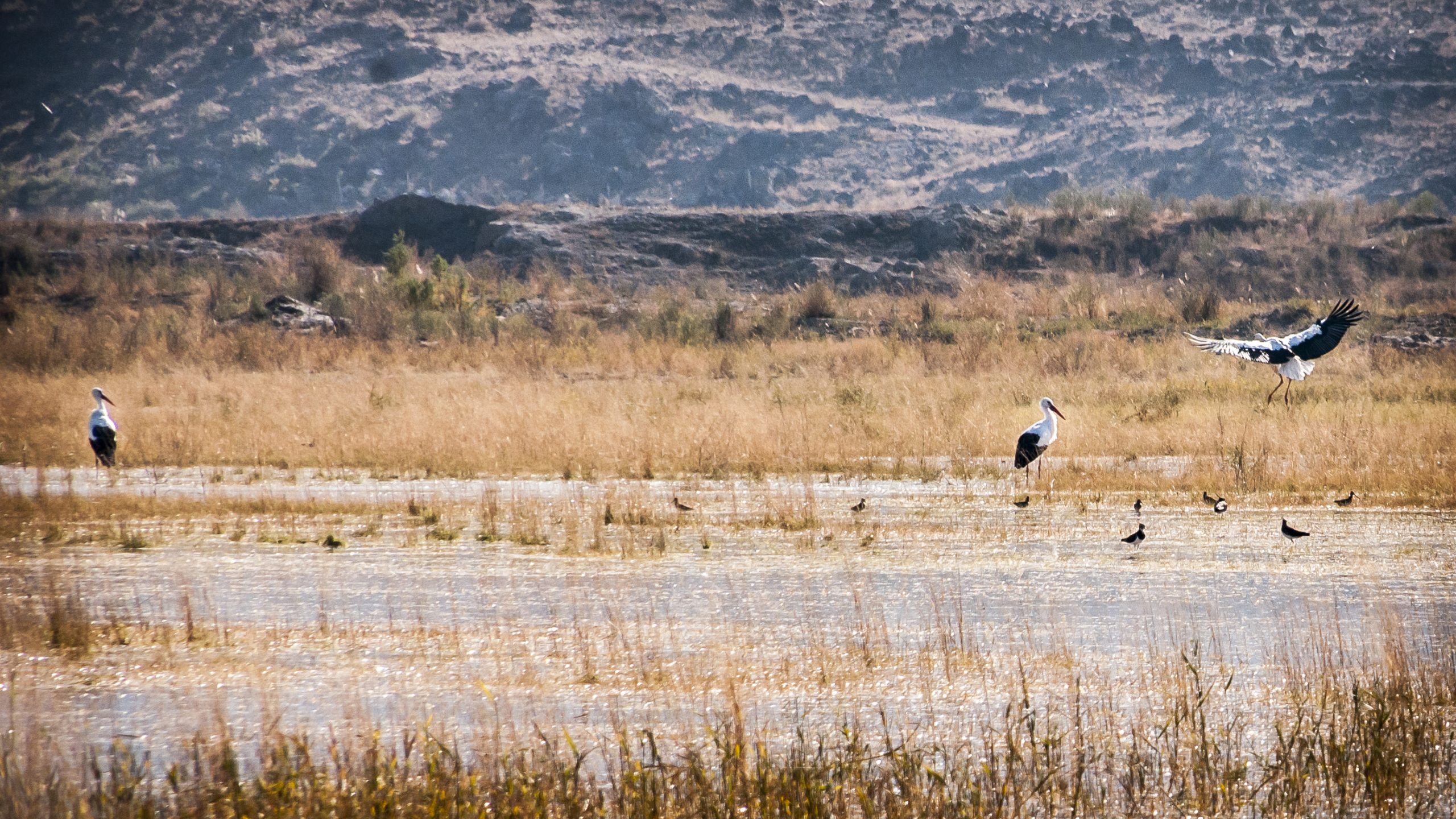 The Trust brings its conservation grant-making into focus with a new programme. A key aim is to build the capacity of local communities to restore grasslands and wetlands in the Caucasus, Central Asia, southern Europe and the Eastern Mediterranean. Current grantees include the Bulgarian Society for the Protection of Birds, the Estonian Fund for Nature and the Association for the Conservation of Biodiversity in Kazakhstan. 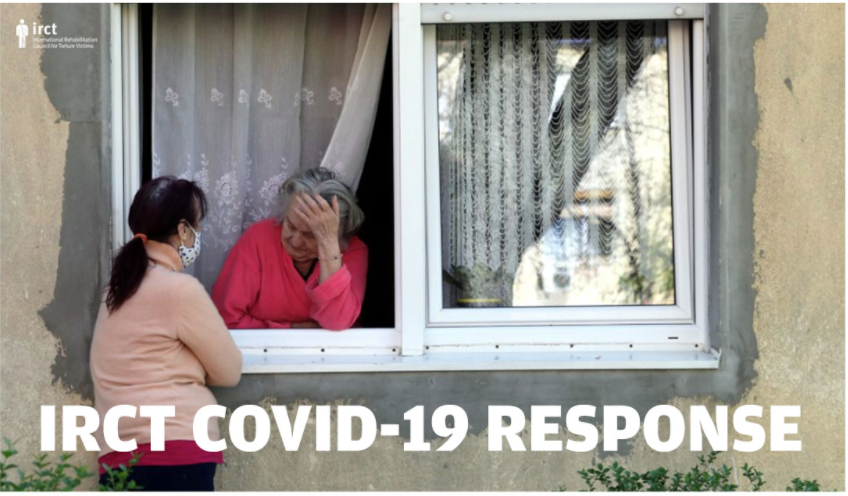 Helping our grantees adapt and respond to the pandemic

The Trust establishes a COVID-19 fund to provide £5 million in additional funding to help our grantees to adapt to the pandemic and to develop work in response to it. We gave a number of small grants, and some larger ones too, including £300,000 to the International Rehabilitation Council for Victims of Torture for re-granting to their member national centres, and £300,000 to Mama Cash to support a Recovery and Resilience Fund for women’s rights groups.

Please note that we do not accept unsolicited applications.